With schools closed today, this event is likely canceled or to be rescheduled. 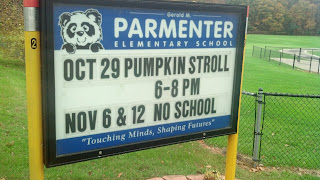 Pumpkin beer: it just might be the hottest trend in the beverage industry right now. 2011 saw the release of literally dozens of new pumpkin beers enter the market – people are actually hording this stuff! From Imperials to Ales and Porters, pumpkin is the darling of the brewing world this season. So…Pumpkin Fest!  The British Beer Company in Frankin will be hosting the first ever Pumpkin Fest, anchored by a tap takeover featuring seven different pumpkin beer styles. Each of the following brewers will be represented and have put a different twist on this new fall favorite: Harpoon, Dogfish Head, Southern Tier, Smuttynose, Shipyard, Brooklyn and Saranac.

But there's more to Pumpkin Fest than beer, the BBC will also be offering some very unique pumpkin cocktails, one day only pumpkin menu specials (including pumpkin bisque in baby pumpkins w/ toasted pumpkin bread), hot crispy pumpkin seeds for all and pumpkin painting for the kiddies. If you've got the carving skills, bring in a jack-o-lantern from home and enter a contest with the chance to win a sweet prize.

All this pumpkin goodness will start to flow as soon as the doors open at noon on Saturday October 8th. The festivities will be taking place all day, but these beers are limited so come early to try them all. 12oz and 16oz pours will be available. For those who show up later the band Chyldz Play will be performing at 10pm – never a cover charge at the BBC.