In the News - kites, horses

Headed out to Sturbridge today for the PMC!

Thank you all for contributing to my PMC ride.  So far I have raised over $4,600!
I'm headed out to Sturbridge today for my 3rd Pan Mass Challenge.
If you want to be a part of it you can watch the opening ceremonies at 7:00 pm tonight either on WCVB Channel 5 or, if you don't happen to live in Massachusetts, live streamed  online at www.thebostonchannel.com.

(Don't worry everybody, you'll only miss the first hour of the Yankees/Red Sox game ;-)  )
I will be posting updates throughout the weekend on Twitter http://twitter.com/PMC_M8R and on my FaceBook Page: http://www.facebook.com/PMCMarty

Reminder that the Farmers' Market now accepts SNAP dollars and can double your purchasing power.
http://franklinmatters.blogspot.com/2011/07/franklin-farmers-market-doubles-food.html

Visit the Food Pantry tent at the Farmers' Market for details. 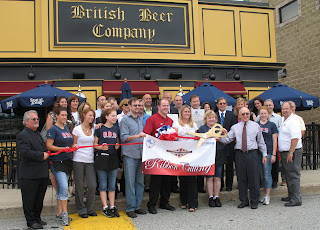 For more information on the United Regional Chamber of Commerce visit their website
http://www.unitedchamber.org/

Email ThisBlogThis!Share to TwitterShare to FacebookShare to Pinterest
Labels: United Chamber of Commerce

Note: This is not a paid advertisement. I have used and paid for framing services from Jane's Frames
Posted by Steve Sherlock at 8/04/2011 05:49:00 AM No comments:


The Design of the Rhode Island School Funding Formula

from Center for American Progress by Kenneth K. Wong

from Center for American Progress by Diana Epstein

In the News - high school sports

I had heard that the walking speed of people in cities varies according to the size of the city. The larger the size of the city, the faster the walking speed. Think about it and you can see from your own travels that this is true. Walk around Franklin. Go to Boston. Go to New York. You do need to walk much faster in New York to keep up with the flow on the sidewalk don't you?

The walking speed is one aspect of the theory that is coming together now about how cities and companies grow. Why does this matter? What has Franklin done? The population has tripled since the 1960's.

The problems Franklin faced when it was 10,000 people are different that it is now 30,000 people. The ideas that worked for 10,000 won't necessarily work for 30,000 people. Why? A multitude of reasons but there is one basic and fundamental reason that is now explained by Geoffrey West with this new theory.

Watch the video (18 minutes). More than once to get the information and begin to digest it.


Fascinating stuff. Follow the links to the TED Talk page and find additional information on the studies that have brought this theory to light.

I happen to think that Franklin tends to behave like a teenager. We are in that middle stage of growth trying to remain a kid yet forced to recognize that we have an adult-like body. We still want to play but are being forced to work, and not just 'to work' but 'to work' differently than our parents. It is a new and changing world.

How do you think this applies to Franklin?

Note: email subscribers will need to click through to Franklin Matters to view the video.
Posted by Steve Sherlock at 8/03/2011 06:07:00 AM No comments:

How quiet is it?

How quiet is it in Franklin?

I guess there is nothing to say?

Email ThisBlogThis!Share to TwitterShare to FacebookShare to Pinterest
Labels: library

In the News - Cultural Council

Candidate Night Video clips (each link takes you to that section)

Note: the Forum was only for the contested positions. The candidates for Constable declined to appear.

Election sign collection (captured with my phone camera while running around town)
http://www.franklinmatters.org/2011/10/election-signs.html

"I feel, why change this now?"

"It isn't something you can do overnight"

The line up gets closer
http://franklinmatters.blogspot.com/2011/09/ballot-line-up-is-being-confirmed-today.html

Board of Health
Profile on Phillip Brunelli
http://www.franklinmatters.org/2011/10/in-news-brunelli-nclb-local-aid.html

Board of Assessors
Profile on Ken Norman
http://www.franklinmatters.org/2011/10/in-news-norman-film.html

Email ThisBlogThis!Share to TwitterShare to FacebookShare to Pinterest
Labels: 2011, election

On my walk downtown Sunday morning, I took these photos. Depot St looking toward the Municipal parking lot. The train station is down to the right.

Emmons St at the corner of Main St. Dean College is immediately to the left.

Additional info on the two downtown projects funded by State and Federal money can be found here
http://franklindowntownpartnership.blogspot.com/p/downtown-project.html

"are there enough people who understand the need for a school?"


The complexity of the current building would make renovations very invasive to the school day, officials said. With 19 different roof lines and walls primarily lined with cinder block, construction workers couldn’t possibly refurbish the school in a discreet manner.

“We would literally have to rip apart the walls to get to the plumbing,’’ said Sabolinski.

As the building committee conducted a feasibility study, it discovered that renovations would also prove very costly. In a budget document released to the public in March, the committee revealed that an extensive renovation would cost $97.9 million before state reimbursement. In the same document, the projection for a model school stood at $91.6 million. But the state allocates an additional 5 percent to the total reimbursement of the model school project, which lowers the final town cost to just under $40 million.

For years the committee debated the renovation-rebuilding quandary, until the scales tipped decidedly last month when the Massachusetts School Building Authority indicated that it would probably invite Franklin to join its model school program. A quasi-independent government agency, the state authority aims to streamline public school building projects throughout the Commonwealth.

You can read the full article here:

In the News - record destruction

To help with the fund raising efforts of the Franklin riders for the PanMass Challenge, here are the links to their individual fund raising pages (in alphabet order by last name):


If there are other Franklin riders, please let me know and I'll add them here.

The Remington Jefferson School complex will be busy Saturday morning. The site is a rest stop on the course for the PanMass Challenge. Hundreds of bike riders will roll through, take a quick break, some refreshments, pose for pictures with friends and family and ride on!


The site lays out the purpose of the PMC in plain words - "When cyclists register for the PMC, they are signing up for a fundraising mission first and a bike ride second. ... Raising money for cancer research and treatment at the Dana-Farber Cancer Institute is the core of the PMC mission."

Riders settle into their own methods of raising money. Most send out letters each year, via email and the Postal Service, but their recipients vary from 50 people who give much, to 200 people who give what they can. Some letters are personalized, some are identical form letters. Some have heart-wrenching stories, while others simply remind loyal followers that it's the time of year to give again.

To donate to any of the riders or teams in the PMC, check pmc.org and plug a name or team into the search bar.


To help search for Franklin riders, I have a page set up with the links to their individual fund raising pages.
http://franklinmatters.blogspot.com/2011/07/panmass-challenge-franklin-riders.html

If there are other Franklin riders, please let me know

Medway and 12 other Norfolk County towns are using the drug containers after Morrissey wrote the county police chiefs in May and asked them to participate in the program.

Franklin and Wrentham also have the boxes, and about 300,000 people will have access to the containers across the county, Morrissey said.

Franklin Police Chief Stephen Williams said a container has been at the station for about a month.

"I think prescription drug abuse is endemic almost everywhere," Williams said. "We're seeing many of our young people become involved in it, and where are they getting the drugs from? From their mom and dad's prescriptions and friends."