The next Finance Committee meeting is scheduled for Tuesday, Jan 8 at the Franklin Senior Center, 10 Daniel McCahill Street, Franklin, MA 02038.

This will be first of two meetings to review the Capital budget. You may recall that these capital budget hearings are usually held in November/December. The hearings are late this year as the State was late to certify the free cash total for Franklin.

Free cash is neither free nor cash. It is the accounting result of under spending what was authorized for the prior year's budget expenses, and receiving more revenue than had been forecast in the FY 2018 budget.

Franklin has historically used the free cash amount to build the individual stabilization funds (general, recreation, fire truck, etc.) and to fund the capital needs for the Town departments.


Capital budget presentations are scheduled from

On Tuesday, Jan 15, capital budget presentations are scheduled from

After hearing all the presentations, the Finance Committee will vote to recommend some or all of these (with or without modifications) to be brought to the Town Council for their review and vote.

Don Wilding's presentation on "Rum Running and Prohibition on Cape Cod"  is scheduled for the Franklin Public Library on Tuesday, January 8, 6:30 PM.


The individual FHS results by events boys first, then girls.

Via HockomockSports we share the results of the FHS sports action on Friday, Jan 4, 2019

Girls Basketball = Mansfield, 47 @ Franklin, 60 – Final
– Bea Bondhus scored a career-high 21 points to lead the Panthers in a crucial divisional matchup. Franklin also got 20 points off the bench to hold off the Hornets, who limited Ali Brigham’s scoring with a box-and-one defense. She finished with six points and 12 rebounds. Megan O’Connell stepped in to add seven points and four other players added six apiece for the Panthers.

Girls Swimming = Franklin, 94 @ Attleboro, 76 – Final
– The Panthers swept the 100 fly and the 500 free to pull away from the Bombardiers in the pool on Friday afternoon. Senior Katie Cashin was a double winner for Franklin while junior Katie McGuire had one individual win. For Attleboro, liz Saltz won both 50 and 100 free, qualifying for states in both races, Jackie Lynch-Bartek won both the 200 free and 100 breaststroke, qualifying for sectionals in the 200 free, Tiffany Chin qualified for sectionals with a win in the 100 backstroke, and Ella Lynch-Bartek placed second in both the 100 free and 100 backstroke, qualifying for sectionals in the 100 free.

For other results around the Hockomock League
https://hockomocksports.com/fridays-schedule-scoreboard-01-04-19/


"Mansfield sophomore Matty Boen has witnessed dozens of Mansfield and Franklin clashes from the stands, watching older brothers Michael and Max dawn the Hornet uniform against the rival Panthers.

Boen got a little closer to the action last season, watching all three meetings between the teams from the bench as a reserve.

Friday night was finally his turn to become part of the rivalry.

Boen came out on fire, scoring 11 of his career-high 19 points in the opening quarter, and then coming away with the game-sealing steal in the final seconds of the game to help the Hornets secure a 59-57 win over the Panthers." 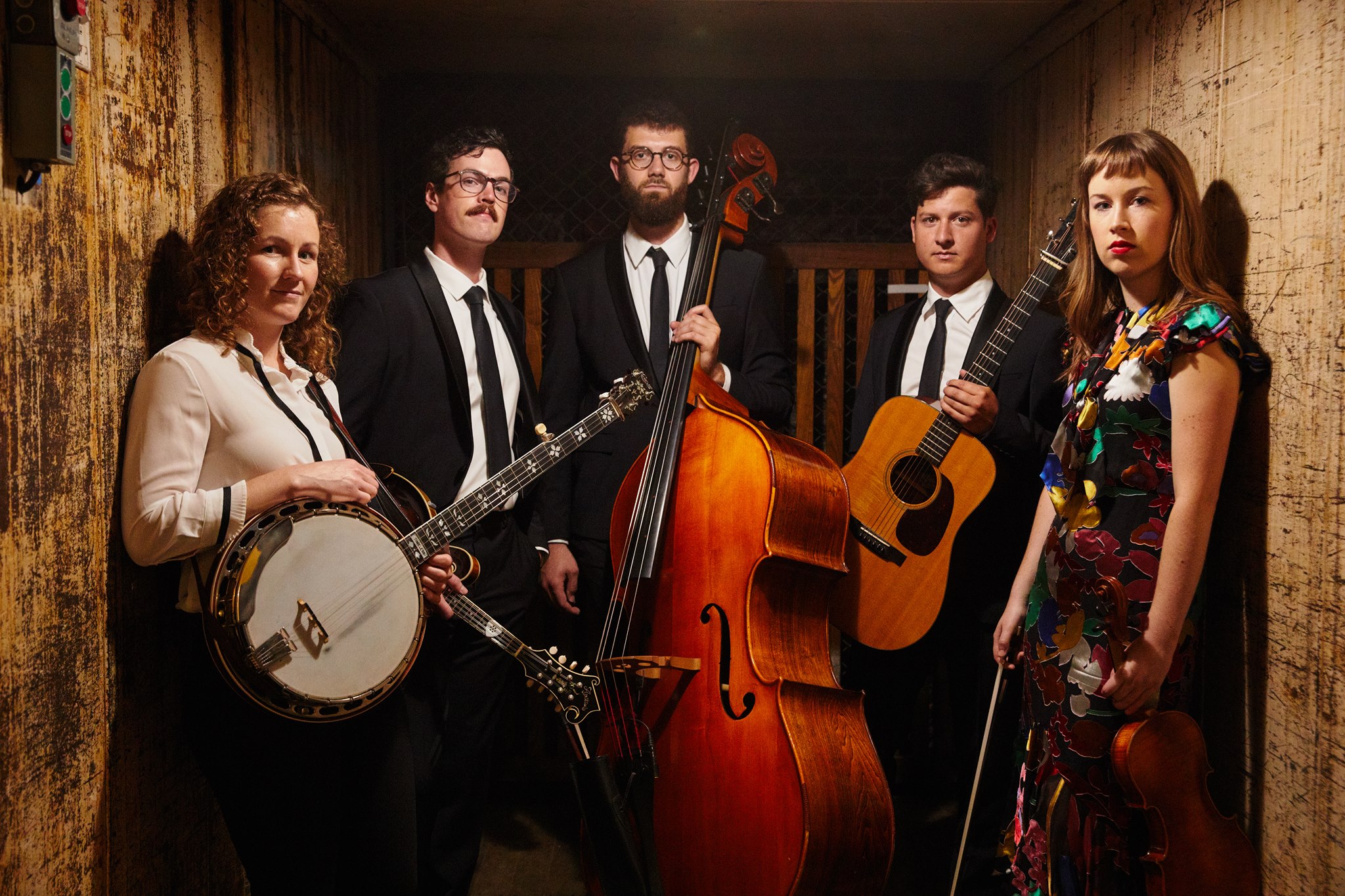 Only a little more than a week to go before Mile Twelve's performance in Wrentham.

Don't miss this great group! The winners of IBMA's 2017 Momentum award are now nominated for 2018 Emerging Artist of the year, and they show no signs of slowing.

Their debut full-length album Onwards, produced by Stephen Mougin, was met with critical acclaim and earned the band time at the top of the bluegrass charts as well as an IBMA nomination for 2018 Instrumental Recorded Performance of the Year. John Lawless of Bluegrass Today says, "The Boston-based group has been making noise in bluegrass with their virtuosic approach to the music, clever songwriting and arrangements, a nose-to-the-grindstone attitude, and a youthful energy that appeals to all age groups. All of that shows on their new release, Onwards."

Paul Schiminger, President of The IBMA says, "What I and so many others love about Mile Twelve is their musicianship, material, and energy. Their sound is fresh and innovative, yet rooted in a solid foundation of bluegrass. They move easily among traditional bluegrass classics, terrific original material, and interpretations of pop music classics, while knocking you over with their strong instrumentals and harmonies." Tim O'Brien calls them "a group to watch in the coming decade."

Tickets for the concert are $20 in advance and $25 at the door, available at the church office, 508-384-3110, or at www.musicatocc.org. The event will be in Fellowship Hall at the back of the church with entry from the parking lot behind the church. Parking is available behind the church and in the lot across the street. For more information and to be added to the mailing list, visit the website or contact Ken Graves, 508-384-8084, occmusic99@gmail.com.

UPCOMING SHOWS
AT OCC COFFEEHOUSE (Tickets now available for all shows on website. All shows are general admission seating, so arrive early for good seats.):

The agreement includes King Kullen’s 32 supermarkets, five Wild by Nature stores and the use of its corporate office in Bethpage.

“King Kullen is a well-respected grocery chain in the Long Island market that has an 88-year tradition of excellent customer service,” said Mark McGowan, president of Stop & Shop, in a statement. “We look forward to bringing our quality, selection and value to more communities in Nassau and Suffolk Counties.”

Continue reading the article online (subscription may be required)
https://www.milforddailynews.com/news/20190104/stop-amp-shop-to-acquire-long-island-grocery-chain

Friends of the Franklin Library Meeting
9:30am

Get Ready for Kindergarten
6:30pm

For the interactive version, please visit

The Mark White Octet returns to THE BLACK BOX on Sunday, January 13 for a jazz brunch!

The Mark White Octet is a jazz group dedicated to swinging, precision ensemble performances of charts written by stellar jazz arrangers that feature the exceptional instrumental/improvisational skills of all the members.

Each is a dedicated jazz artist bringing superlative instrumental, interpretive, and ensemble skills to the group as well as a wealth of performance experience in the theatre, classical, and commercial music genres.

BFCCPS: Join us for an Enrollment Open House!

Enrollment applications for the 2019-2020 school year at the Benjamin Franklin Classical Charter Public School are currently being accepted. We would like to encourage all interested families to join us for an Enrollment Information Session to learn more about our school community.

You'll hear from the Board of Trustees, Members of the BFCCPS School Administration, and Faculty as well as Parents at our school. These open houses are a great way to learn more about the school's mission, and see what makes BFCCPS such a special place!

Please note that school visits are not available during school hours so these enrollment sessions are truly the best way to learn more about BFCCPS before the annual enrollment lottery.

For the 2019-2020 School year, BFCCPS will offer 302 new openings. The BFCCPS Expansion is the best chance for local applicants to secure enrollment at our school!

If you have any questions, please contact our Communications Coordinator Mrs. Joanne Basile for assistance.

Want to apply now? You can complete an online application. You can also click here to print an application to mail into us, or drop by at 201 Main Street in Franklin, MA between 8 and 2:30 to fill out an application in person.

Registration has begun and will run through February 1, 2019.

Franklin Children's School will be hosting an Open House on Saturday, January 26, 10:00-12:00 for families interested in learning more about the school. FCS is located at 900 Chestnut Street in Franklin.

If you are interested in setting up a tour, would like an application or have any questions, please contact Executive Director, Kim Barrett at 508-528-9378 or email fcskids@verizon.net.

Franklin Children’s School was voted #1 choice for Franklin preschools in the 2017 and 2018 Readers Choice Awards!!

Visit FCS on the web   http://www.fcskids.com/

Lifelong Community Learning has announced a March 2 ski trip to Bretton Woods, NH. Participants will enjoy a day on the slopes without thinking about the driving.

Transportation will be provided by a chartered motor coach departing Franklin High School parking lot at 5:30 AM and will depart Bretton Woods at 4:30 PM to return home. Individuals under 18 years of age must be accompanied by a parent or guardian.

For more information, and to register, go online to   www.FranklinLifelongLearning.com and click on Community Learning-Special Events.

Lifelong Community Learning is a program of the Franklin Public Schools Lifelong Learning Institute, dedicated to providing diverse and enriched education and experiences for all area residents and children – a resource for all ages.


NOTE: If you would like more information about this topic, please contact Brenda Reed at 508-613-1483 or email at reedb@franklinps.net.


Get a copy of the Flyer
https://drive.google.com/file/d/0B0wjbnXDBhcza2NKOGRqLTg3T09iR0JadzEtSG5zM0FBZkxV/view?usp=sharing

"The library is ready to release its newest trio of surveys to aid in a new strategic plan for the next five years.

“We’re going to be rolling out a whole series of surveys and questions to our patrons to sort of help us shape the strategic plan,” said Children’s Librarian Caliegh Keating.

The survey touches on suggestions on collections, programming, services,
Keating said that the kind of information they’re looking for is focused on areas that the library is succeeding as well as areas that may need improvement."


Continue reading the article online (subscription may be required)
https://www.milforddailynews.com/news/20190103/franklin-library-surveys-available

Franklin author Susan K Hamilton has some book sale specials announced that I found via the Twitter stream. We had shared the release of Shadow King in November 2018.


"The ESCAPE! Anthology released yesterday and is currently in the Top 50 on Amazon for both Short Stories and Anthologies. Special $2.99 price until Jan. 6! Grab your copy today, you'll be glad you did!#shortstories #anthologies #amreading #books"

Since it’s the New Year, why not start fresh! The Newcomers are cleaning off our bookshelves and emptying our closets. We’re having a Book and/or White Elephant Swap. Whatever you bring, you’ll bring home something similar. So, if you want to participate, bring a wrapped (brown paper or foil will do!!!) book and/or unwanted Holiday Gift to swap. Books of fiction or cookbooks are suggested.

We’re also doing a collection drive for the Franklin Food Pantry. We’re collecting bars of soap . . . please bring wrapped bars of soap to donate if you’d like to participate.

Come join your Franklin friends and neighbors at the Franklin Newcomers and Friends monthly Meeting. Meet us upstairs at "3" Restaurant on Wednesday, January 16 at 7:30. Due to a conflict, we had to change our January date.

No need to RSVP, just join us to have fun while you make connections in your community. We are a multi-generational club offering a wide range of activities for all ages with an emphasis on fun and camaraderie. As a member driven organization . . . your ideas count and we want to hear them!

Residents of Franklin, or any surrounding town that doesn't have a Newcomers Club, are welcome to join us the 2nd Wednesday of the month (occasionally we switch Wednesdays to accommodate holidays or speakers). We run our meetings September through May. We meet at “3” Restaurant, 461 W. Central Street, Franklin, upstairs in a private room. Complimentary hot appetizers and beverages are provided and a cash bar is available.

Additionally, we hold many fun and varied events to stay connected throughout the year. Look for us on our website www.franklinnewcomers.com, or on our Facebook page or on Meetup.com, Franklin Newcomers and Friends Club.