LOCATION:   The Committee will meet in Town Council Chambers and remotely on Zoom. Members of the public may participate remotely via:

“The listing of matters are those reasonably anticipated by the Chair which may be discussed at the meeting. Not all items listed may in fact be discussed and other items not listed may also be brought up for discussion to the extent permitted by law.”

I hope you all are enjoying your summer and staying active and well!  What programs would you like to see and join?  We love feedback and want to hear from you all.

Link to the Senior Center - https://www.franklinma.gov/fsc

Link to the Town's webpage - https://www.franklinma.gov/

Wed., Aug. 19: FIVE WISHES is a legally binding, advanced directive (living will), that lets you control your personal, emotional and spiritual wishes. This presentation is on Zoom at 1:00 p.m. If you aren't able to access Zoom our Nurse can call you to discuss the info one- on-one. To sign up, email: adoggett@franklinma.gov or call 508 520-4945.

Mon., Aug.24: MEMORY CAFÉ at 3:00 p.m. on ZOOM, features the beautiful and engaging music of violinist, Lynn Canavan. To sign up, email: adoggett@franklinma.gov

Thurs., Aug.27: FASHIONS OF HOLLYWOOD on ZOOM with Karen (Ren) Antonowicz of Spirits of Fashion at 1:00 p.m. Ren presents this fascinating look at the glamorous fashions of the silver screen during the '30s, '40s, '50s. Join us as we travel through the decades to enjoy a glimpse into the glamorous world of fashion. To sign up, email: adoggett@franklinma.gov

Mon., Aug. 31: STEVE SHERLOCK - Talk Franklin Matters at 2:00 p.m. for all the latest Franklin news. To join us, email: adoggett@franklinma.gov

Don't forget our very own Curbside Cafe! - Open M-F featuring the delicious culinary renderings of Chef Paul!   https://www.franklinma.gov/Curb  The first 5 people to call and order lunch from the Curbside Cafe and mention "Ariel's email" will win a prize!! 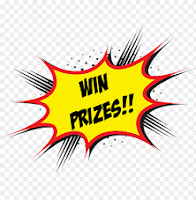 Lung exercises to expand your breathing

Back to the 50's - over an hour of rocking music

The restoration of an Emma Gaggiotti Portrait

The tiniest baby bird - a story of rescue

Unusual places and tourist attractions.  Would you visit any of these?

Ten of the most dangerous tourist destinations in the world.

Nathan Bockstahler the youngest comedian ever on America's Got Talent

Pierce County Police Department Dance Off - our men and women in blue show off their moves. https://www.youtube.com/watch?v=YFDsMWny6oI

Troops come home and surprise their families - Thank you for your service!

Advice from a toddler.  We could all learn a lesson from this little girl

Attached you will find:

Love, virtual hugs and good health to you all!  We are still here for you!  Please feel free to email Donna and I with questions, concerns or just to check in!

Please feel free to share this email with anyone you think might enjoy it.  If you want me to add someone to the email blast list just send me a message with their email in it.

When searching for information about the Coronavirus, COVID-19 please use caution!  Unfortunately there are many false sites that contain viruses and malware that can threaten your computer.  Many look like real sites.  Your best bet is to go directly to the CDC, WHO or your local government page (links below).

For those of you who attend our Memory Cafe events I invite you to learn more about attending a VIRTUAL Memory Cafe through Zoom!  There are many options to choose from.

"Climate legislation moved forward in the Massachusetts legislature recently. Both the House and the Senate have passed slightly different versions of a bill. We talk about what is included and left out of these bills with Tim Cronin of Climate XChange."

In the News: "Last-ditch virus aid talks collapse; no help for jobless now"

"A last-ditch effort by Democrats to revive Capitol Hill talks on vital COVID-19 rescue money collapsed in disappointment Friday, making it increasingly likely that Washington gridlock will mean more hardship for millions of people who are losing enhanced jobless benefits and further damage for an economy pummeled by the still-raging coronavirus.

“It was a disappointing meeting,” declared top Senate Democrat Chuck Schumer, saying the White House had rejected an offer by House Speaker Nancy Pelosi to curb Democratic demands by about $1 trillion. He urged the White House to “negotiate with Democrats and meet us in the middle. Don’t say it’s your way or no way.”

Treasury Secretary Steven Mnuchin said, “Unfortunately we did not make any progress today.” Republicans said Pelosi was relying on budget maneuvers to curb costs and contended she has overplayed her hand.

Often an impasse in Washington is of little consequence for the public — not so this time. It means longer and perhaps permanent expiration of a $600 per-week bonus pandemic jobless benefit that’s kept millions of people from falling into poverty. It denies more than $100 billion to help schools reopen this fall. It blocks additional funding for virus testing as cases are surging this summer. And it denies billions of dollars to state and local governments considering furloughs as their revenue craters."

Continue reading the article online (subscription may be required)

"We also want to keep this virus out of our communities"

"Gov. Charlie Baker is indefinitely postponing the next step of the state’s reopening in response to the uptick in COVID-19 cases that Massachusetts has seen in recent weeks.

The governor said the second step of Phase 3 of the state’s reopening plan will be put on hold and the outdoor gathering limit will decrease from 100 to 50, effective Tuesday. He said he was authorizing all state and local police to enforce the orders, and that people who host events — even on private property — that exceed gathering limits will be subject to fines.

Amid reports of large parties and unauthorized gatherings, Baker said “some residents feel a bit too relaxed about the seriousness of this virus.”

He also announced the creation of a COVID Enforcement and Intervention Team that will ramp up enforcement efforts and coordinate intervention efforts in yet-to-be-named high-risk communities."

Continue reading the article online (subscription may be required)

This newsletter was shortened for publication here, to view the full contents visit  https://mailchi.mp/1e181e7c2f10/covid19-update-12618212?e=0c2c9810fe
Last week was a great one in Massachusetts for maternal health justice.

THE BLACK BOX, the region’s premiere concert, theater, and event venue, will present country singer Ayla Brown as part of their outdoor concert series in the theater’s parking lot on Saturday, August 15 at 8:00 PM.


What does the outdoor seating look like? Check out this aerial view

The Franklin Democratic Town Committee (FDTC) proudly supports the Black Lives Matter movement and its goals of dismantling systemic racism and ensuring equality for all, in Franklin, in our Commonwealth and across our nation.

To achieve these ends, the FDTC is dedicated to working to eliminate the social and health care inequities that have resulted in disproportionate health risks, and the historic targeting and systemic violence against Black, Indigenous and People of Color communities by pursuing equal justice within our judicial system. This is not a political issue that should divide Franklin residents, but a required step in our never-ending efforts to perfect our democracy.

The FDTC calls on all Franklin residents and community leaders to join in the hard work of achieving true social and racial justice in Franklin through the following action steps:

We stand together in the words of Civil Rights activist, Congressman John Lewis:

“Freedom is not a state; it is an act. It is not some enchanted garden perched high on a distant plateau where we can finally sit down and rest. Freedom is the continuous action we all must take, and each generation must do its part to create an even more fair, more just society.”

Approved and endorsed by:

The elected and associate members of the Franklin Democratic Town Committee, July 15, 2020