Hello Franklin! It’s time to reveal what last week’s mystery plant was. Were you able to figure it out? Loretta was close, and Susan correctly identified it. Here is the picture again: 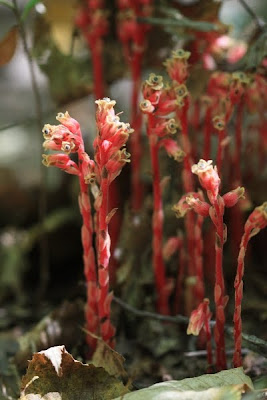 If you said it was pinesap, you are correct!

I photographed this pinesap, at the Franklin State Forest last September, which means you have some time to get out and look for this elusive plant yourself. This patch is visible from the trail that leads straight into the woods from the YMCA. 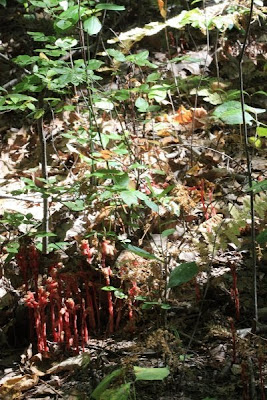 The trick to seeing pinesap, Monotropa hypopitys, is that it only grows above ground like this for a very brief window of time. You may notice that the plant isn’t green. It actually contains no chlorophyll, which means it isn’t getting its food from the sun. Instead, it is a parasite that feeds on a fungus, which in turn is in a symbiotic relationship with tree roots. Don’t ever try to transplant this type of plant, because its growing conditions are so complex that removing the plant from its environment would kill it.

A more common relative of pinesap is Indian pipe, Monotropa uniflora, which also grows in undisturbed, shady woodlands, and is in bloom right now. 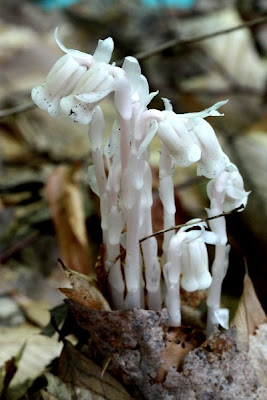 Indian pipe is frequently mistaken for a fungus, but like pinesap, it is a parasitic flowering plant.

And here is our next mystery plant: 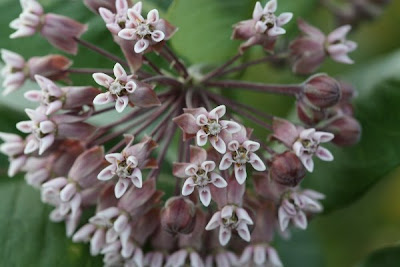