Using the grant and private donations, organizers are creating a “Cut the Carbon” hands-on demonstration to show how everyone can do his/her part to solve the growing problem of global warming. This will be just one of thousands of events for climate action on October 24th. The “Cut the Carbon” event will take place at the Foxborough Universalist Church, 6 Bird Street, on the Foxborough town common in the afternoon.


The International Day of Climate Action, (www.350.org) is focused on the number "350" because that is the number scientists say is the safe upper limit for carbon dioxide — measured in "Parts Per Million" -- in Earth’s atmosphere. 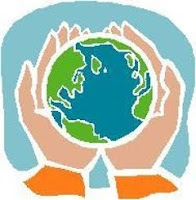 Charles DiPompo, a Foxborough resident involved in the FACT group, said “Since the planet currently has carbon levels close to 390, the limit of 350 parts per million is the number we need to get back to as soon as possible to avoid devastating climate change.”


The gathering will begin at 3:00 pm with an interactive display of 350 white ping pong balls and 40 black ping pong balls.  This display will symbolize the urgent need to reduce the abnormally high concentration of carbon already in the atmosphere. Area residents are invited to pledge their willingness to help solve global warming by taking home one of 40 balls representing the desired reduction in levels of carbon.  Paul Mortenson, member of the Foxborough Board of Selectmen, will be speaking.


Later in the afternoon, at 3:50 p.m. the bell of the Bethany Congregational Church, high in its steeple overlooking the town common will be rung 35 times as a call to action.


The events are part of an international effort, with thousands of organizations from over 100 countries around the world participating in local events to draw awareness to climate change and motivate citizens to action. All local events are open to the public at no charge and will be listed on the FACT blog at http:franklinareaclimateteam.blogspot.com.  Additional events include: bell ringing at 3:50 pm at the St. Blaise Catholic Church in Bellingham, the Epiphany Episcopal Church in Walpole and the First Universalist Society of Franklin Church.


Bishop Bud Cederholm of the Episcopal Diocese of Massachusetts asks the diocesan community to join him in observing an "International Day of Climate Action" on Saturday, Oct. 24, when events on town and city commons will be held to raise awareness and public advocacy toward reducing carbon emissions to slow global warming.  "Go to www.350.org for more information about how Episcopal congregations can join ecumenical and interfaith groups in their communities in holding a powerful and prophetic event.  What's needed is your leadership," Bishop Cederholm stated.


“October 24th is our opportunity to think globally and act locally,” DiPompo explained. “The 24th is fundamentally a day of hope for our future.”


Founded in 1999, MCAN is a growing coalition of 40 locally organized groups fighting the climate crisis in 70 cities and towns across Massachusetts.  The network promotes carbon-reducing practices on a municipal and residential level, supports other MCAN chapters and allied organizations in their efforts to build a focused statewide movement and provides assistance to state policy makers as they adopt policies to reduce energy use and address the threat of climate change.  To learn more visit www.massclimateaction.net.