Another gray, overcast Saturday for Franklin. This one had some snow flurries for a while early in the morning. Fortunately, nothing stuck around long. 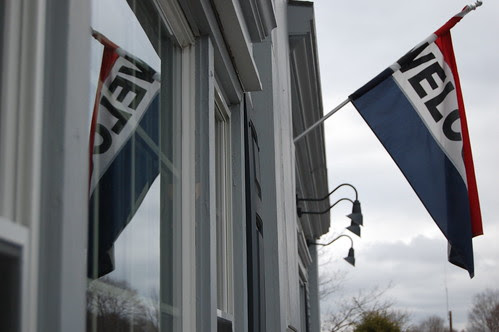 It was a good time to get inside and mingle among some folks interested in the art of Bren Bataclan. 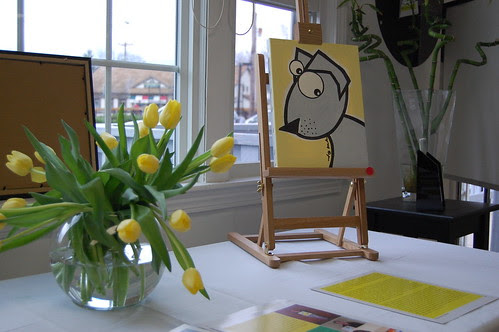 Having participated in other art shows, I was most impressed by Bren. He went out of his way to greet anyone who came to the show. 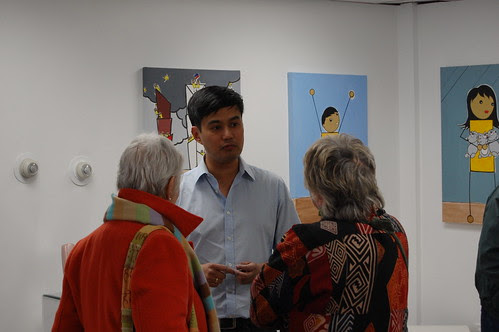 Lingering to talk about what he does, how he does it. 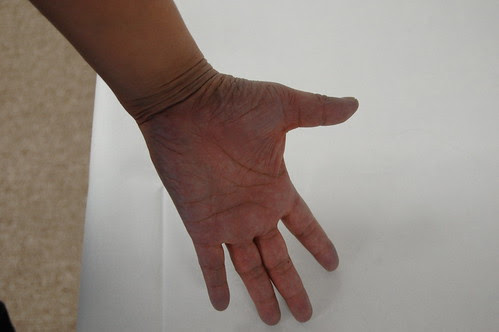 He willing posed for a picture of his hand. If you look closely, it appears to be tinted blue as if some of the paint he was using he couldn't completely wash off. Actually, it is from his new jeans. Wiping his hands on his jeans is picking up the blue dye. 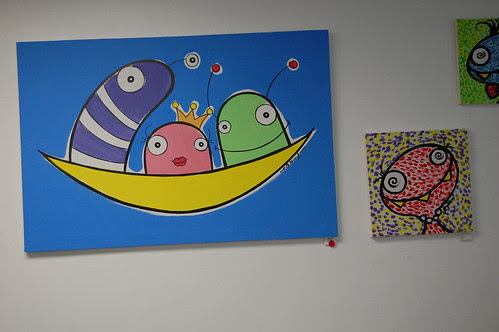 I think his work is easily approachable. He simplifies the world he shares. Others agree at least to the extent that he sold four or five works during the show. The red dot indicates this large work is sold. Actually before the afternoon ended, the two smaller ones partially caught here also sold. 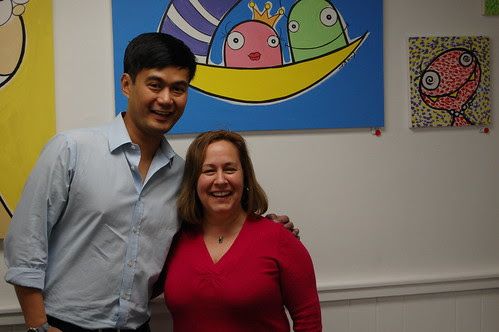 It was a happy Bren and Linda Kabat posing for a picture as the show closed.

While some of Bren's works have sold, his work will still be on display through April at the Franklin Art Center. If you have a chance to stop by, please do so.

Additional info on Bren can be found on his website  http://www.bataclan.com/

Disclosure: my daughter Allison is one of the part-time art instructors for the Franklin Art Center. I have met Ian and Linda a few times and we share a mutual interest in art and developing a community.

Email ThisBlogThis!Share to TwitterShare to FacebookShare to Pinterest
Labels: art