In the News - election races shaping up

With the last day to pull papers to run for election this November, the Milford Daily News provides the latest update.

Cafe Dolce, the new coffee shop in downtown Franklin has expanded into catering. Open since April 2009, Cafe Dolce has established a good morning and lunch business. After 3:00 PM, though things tend to get quieter. Catering is one way to leverage the business operation that owners BJ Carlucci and Dave Purpura have established. 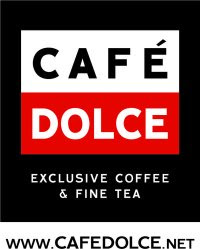 BJ and I reviewed the current plan. A meeting, event, or party for 10 or more is what Cafe Dolce will look to help you with. They will start with the sandwiches and salads that Cafe Dolce offers. A customized menu could include food for breakfast, lunch, or dinner. The menu can be extended as far and wide (within reason) as necessary to create a great experience.

Cafe Dolce wants to make the presentation appropriate for a catered event by serving in fine crafted wicker baskets in addition to trays. Call BJ and he will work out the menu together with you. What is the occasion? How many people? What special dietary requirements are there?

BJ hesitates to provide per item pricing for catering. “Say you have had the Cranberry Turkey Breast Panini and wanted to serve that at your event. You don't need to order 10 individual paninis for the group. We prefer to price for the total quantity of the food provided rather than by the piece. This method will work out better for you in the long run.” They do use a formula to determine how much food per person would be required adjusting to cover portions for any kids.

The catering package can either be delivered or picked up. Depending upon the type of drop off, or drop-off/setup, there may be a delivery charge included. You could also rent the space at Cafe Dolce to hold your event.

They have already served a party of 75, have some events scheduled on site, and others scheduled for delivery off site. When your next catering event comes up, consider contacting BJ Carlucci, at 774-248-4321 or via email at dolce dot 1 at live dot com.


Note: Cafe Dolce is also exploring social media tools to spread the word on what they do and to help communicate with their customers and fans. You can join Cafe Dolce on Facebook here


Prior writing about Cafe Dolce:

The United Regional Chamber of Commerce Job Fair will be held Sep 13-14 at the Living Waters location in North Attleboro. The updated schedule of events looks like this:

Note: newsletter subscribers will need to click through to Franklin Matters to view the document.

Their web site is under construction so I can't provide a link to it now. Once available, I'll update this.

In the meantime, the decadent cookies they sell can be purchased with info contained in this document. The cookies are frozen and ready to bake.

For the full menu of cookies that they provide, you can view this document.

Note: for the newsletter subscribers, you will need to click through to Franklin Matters to view the documents.

In the News - grant money for downtown

The Taylor Meyer tragedy has lead to an increase awareness of teen drinking. Kathi Meyer is interviewed in this video from the Norfolk County District Attorney, William Keating.

Note: Email subscribers will need to click through to the web site to view the video.

Other info on teen drinking:


Found this cool search engine of government data about a place in the USA. You input the place name, or zip code to see what it finds.


Here are the Franklin results


This We Know - Government Data About Your Town

Friday, September 11th
Jack Murray, a Downtown Partnership member, will be performing at Cafe Dolce, 6:00 PM - 9:00 PM
All donations will be given to the Dana Farber Cancer Center at Milford Regional Medical Center.
Posted by Steve Sherlock at 9/10/2009 05:23:00 AM No comments:

The Franklin Public Schools start the year with 121 less students than one year ago.  The totals by level of school are shown for comparison in the table below.

That there are less students riding the bus shouldn't be a surprise. That the 'bus loss' number is greater than the 'student loss' number likely reflects something of the economic situation and the choices that parents have made.

The collection of live reporting posts from the School Committee meeting of Tuesday, Sep 8th can be found here

How do you Remember the Warning Signs of Suicide?


I.    Call to Order / Introductions of New Attendees
A.    Introduction of new attendees
B.    Volunteer to write minutes of the meeting
C.    Motion to accept meeting minutes of 8/19/09


II.    Report from our representative from DCR
A.    Gates at Spring St
B.    Leveling of the Trail


III.    Membership Committee Report (Denison, McKeown, Sawyer)
A.    Committee to present work and ask for Committee approval
B.    Meeting attendees will be asked to fill out Membership Forms and send in checks to our Treasurer


VIII.    Publicity (Dave Labonte)
A.    Distribution of brochure, do we need a second printing
B.    Report on Meeting with Franklin PLUC (Svendsen)
C.    Comments from new attendees from PLUC
D.    Tentative date for next meeting w/PLUC is Sep 30th
E.    Date for Rotary Club presentation set for Sep 17th

News you can use.
Previously posted to Franklin Matters

School Opening
Some enrollment glitches, over all a quieter start to the school year, the planning this summer paid off.

Enrollment comparison
Concerned about lossing 19-20% of what could have been the incoming freshman class
The class size is currently very reasonable.
Looking for ways to beef up public relations for the high school.

Q - can we break down how the students were lost?
A - Yes, we can do that now that we know.

Could usually count on 9-10 percent each year prior to this.
My note - are they forgetting that there was mass confusion during May, June and into early July about the FY 2010 year? The enrollments would have been taken place during that time.

The report on the listing of projects completed during the summer in all the schools will be added later.

90% of the work done was done at the High School, the remaining items will be done this fall.

Roy - typically at the end of the school day, the technology center is empty. A recent visit revealed 30-40 students working in the new area.

The following chart was not part of the School Committee package but was prepared with the FPS data as provided. The data tells a story at a glance on what the pay-to-ride fee increase has done to the numbers of students riding the buses.

No route changes on the transportation side.

While ridership is down, the same number of buses is still be run as last year.

Q - Is there a way we can recover some costs with a half ride program, having parents pay for the ride home.
A - We would have to look at the bus capacity by route. Some buses we have already heard have some extra seats. We would be better able to do the analysis as the situation settle.

Q - Can you clarify the rule on the free ride?
A - There was a school committee policy some years ago that if there was not a safe walkway to school, it used to be a free ride. It is not a state requirement. The State requires free busing for those within 2 miles. The State allows a student to walk a half mile to a bus stop. We try to minimize that.

Comment - caution on some parents who have bought the pay-to-ride to get the afternoon ride home. You may need to implement some re-funds to for those parents if the half ride goes through.

H1N1 - spending much time on this health issue instead of instructional issues. Part of the town-wide planning process. The State may be sponsoring the vaccination clinics. The schools put the information out, people tend to listen rather than if the Police or other Town departments.

The Schools are collecting data weekly on attendance and illness rates.

Dr Timothy Johnson will be doing a town hall style meeting next week on Channel 5 to review the does/don'ts.

Purell can't be stored in the schools due to the alcohol content. They are working to obtain a non-alcohol based with aloe to avoid overwashing and creating additional issues.

Roy - suggestion to bring it up to see how it would be handled this year.
Mullen - to take lead on developing goals for Maureen. Committee members can send their suggestions to her.
Posted by Steve Sherlock at 9/08/2009 07:57:00 PM No comments: