From Hockomock Sports we share the results of the Franklin High School fall sports results on Wednesday, Oct 11.


Boys Soccer = Sharon, 1 @ Franklin, 1 – Final
– Franklin took the lead in the first half but Sharon senior Tyler Goldstein pounced on a loose ball inside the area in the final minutes to net the equalizer.

Girls Soccer = Franklin, 1 @ Sharon, 1 – Final
– Molly Duncan scored the opening goal off an Emily Quaile assist to give the Panthers the lead midway through the second half, but Ally Filipkowski answered from the penalty spot with six minutes to play to earn the draw for the Eagles. Cat Robbins made three saves for Franklin in the draw. Sharon coach Brad Furnival said, “The team put in a great shift and I am pleased they had a positive result today after a few close games recently.”

Golf - Franklin, 165 @ Milford, 168 – Final
– Franklin senior Jason Collins shot a low-round of 39 to earn match medalist honors while classmate Bryan Woelfel shot a 40 to lead the Panthers to the win. Riley Lynch and Andrew Fauerbach each shot 41 for the Scarlet Hawks.


For the other results around the Hockomock League
https://hockomocksports.com/wednesdays-schedule-scoreboard-101117/

The Franklin Fire Department, Professional Firefighters of Franklin IAFF l2637, and the SAFE Coalition will be hosting a Friends and Family CPR course at Franklin Fire Headquarters (West Central St) on October 18th, 2017.

The Family and Friends CPR Course teaches the lifesaving skills of adult Hands-Only CPR, adult CPR with breaths, and AED use. Skills are taught in a dynamic group environment using the AHA’s research-proven practice-while-watching technique, which provides students with the most hands-on CPR practice time possible. Family and Friends CPR is for people who want to learn CPR but do not need a CPR course completion card to meet a job requirement.

This course is ideal for community groups, new parents, grandparents, babysitters, and others interested in learning how to save a life.

Three sessions will be offered and there will be a maximum of 15 participants per session. Please sign up for one session only!

My Favorite Poem Project is dedicated to celebrating and encouraging poetry's role in the lives of Americans. Robert Pinsky, the 39th Poet Laureate of the United States, started the project in 1997.

He believed that poetry needs to be read aloud. "Reading a poem silently is like staring at a sheet of music." The reader of the poem does not need to be the poet or a skilled performer. "One of the beautiful things about poetry," says Pinsky, "is that the medium is a voice, not necessarily the poet's voice. When you read a poem by Shakespeare, Dickinson or Langston Hughes, your voice is the artist's medium."

Robert Pinsky believed that contrary to stereotype, Americans do read poetry; that the audience for poetry is not limited to professors and college students; and that there are many people for whom particular poems have found profound, personal meaning. This project seeks to give voice to American poetry lovers.

In April 1998, the My Favorite Poem Project was launched with a series of public poetry readings. In Boston, twenty-five Bostonians read their favorite poem. The readers included the President of the Massachusetts State Senate, a homeless Boston resident and a third grader. The audience was packed into the Boston Public Library. The Library President dressed as a cowboy to read a cowboy poem. Some readers recited poems in Spanish, Vietnamese and American Sign Language. As you see, Americans do read poetry.

For more information on the Favorite Poem Project  http://www.favoritepoem.org/index.html
Posted by Steve Sherlock at 10/12/2017 05:20:00 AM No comments:

"Weather is expected to be sunny with temperatures in the low 70s for the 15th annual Franklin Harvest Festival on Saturday.

The festival will run from 11 a.m. to 4 p.m. and occupies the entirety of Main Street and much of the surrounding downtown area. The event, sponsored by the Franklin Downtown Partnership (FDP), will be a day of local entertainment, carnival-style games, food, and giveaways.

“Our ability to stage the event throughout Main Street, East Central and West Central streets for this festival will provide an incredible setup for entertainment, shopping and dining downtown,” said FDP vice president and event chairperson Scott Martin.

After 12 p.m., the Dean Bank parking lot will be open for handicapped parking and serve as the drop-off and pickup location for senior living center residents. Other festival parking information will be posted on the FDP website the day of the event.

Main Street will be closed to vehicle traffic for the expected 6,000 people and 150 vendors, crafters, exhibitors, and local groups."


Continue reading the article online (subscription may be required)
http://www.milforddailynews.com/news/20171011/15th-franklin-harvest-festival-to-be-largest-yet

"After putting out ads and spreading the word on social media, the DPW is still having trouble finding contractors to plow the roads for the upcoming snow season.

Highway and grounds superintendent Carlos Rebelo said that the town will hire about 68 plow contractors this year, but has only received a handful of applicants.

“It’s hard because this time of the year the weather is still good,” said Rebelo.
As a result, the town is still seeking many more plows for the upcoming winter. Equipment must to be in good running condition for the town to consider hiring, and is subject to inspection by town mechanics prior to the start of the season."


Continue reading the article online (subscription may be required)
http://www.milforddailynews.com/news/20171011/franklin-dpw-seeks-plow-drivers 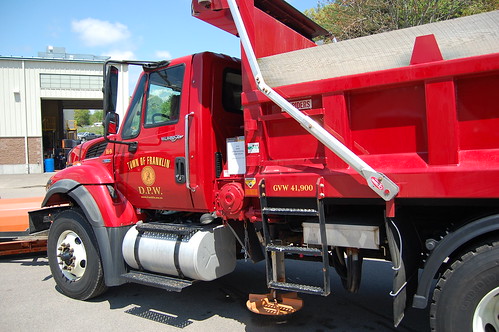 The FHS Boy's Hockey Booster Club has a table at the Harvest Festival this Saturday, Oct 14. They will be selling discounted Incontro cards to support the program.

The gift cards do not expire and can be used for food and drink.


(Note: where there are active links in the agenda item, it will take you to the associated document)
You can also download and review the 50 pages of documents released for this agenda (PDF)
http://www.franklinma.gov/sites/franklinma/files/agendas/october_11_2017_agenda.pdf

Encore Music Academy and Recording Studios is pleased to announce their newest musical offering for young children and parents! Music for Young Children, (MYC), is an internationally-known, highly-ranked program that already has 37 years of success, over 900 teachers and 24,000 students and counting, across three continents!

Founded in Canada, MYC grew rapidly by building strong bonds with children through music. The goal is to provide the best musical education to young children by blending the pleasure and joy of music-making with sound instruction. Encore is proud to be adopting MYC's early childhood curriculum and methods which directly integrate into, and utilize, The Royal Conservatory of Music curriculum.

This program, created for children ages two to ten years, is designed to teach children, at an early age, piano skills, how to read music, sight-reading skills, composition and ensemble playing. MYC instructors incorporate the four learning styles (auditory, tactile, analytical and visual) to teach each concept which ensures that every child has the highest level of success by being able to apply these skills in each class setting, and as they grow musically.

Encore will offer classes beginning in January, 2018, and registration is now open! Classes for ages 2 and 3 meet weekly for 10-week sessions. The Sunshine level (ages 3 and 4), Sunbeams (ages 5 and 6), and Moonbeams (ages 7-9) are one-hour, weekly classes that run for 36 weeks, broken into three 12-week sessions.

"We are incredibly excited to be able to offer this amazing program here at Encore Music Academy," says Caitlin Medlin, Encore's Assistant Vocal Director and Director of the Music For Young Children program at Encore. "The opportunity for little ones to begin the music-learning process at such a young age and with such a comprehensive curriculum is one we have been wanting to offer to our students for a while now."

To learn more about this wonderfully exciting musical opportunity for your young child, or to register for one of these innovative new classes at Encore Music Academy and Recording Studios, please contact them at:

The Franklin School Committee will have a booth at the Franklin Harvest Festival on Saturday, October 14.

The Community Relations SubCommittee has also rescheduled the rained out visit to the Farmers Market for Friday, Oct 20

From Hockomock Sports, Athletics.net and Twitter we share the results of the Franklin High School fall sports results on Tuesday, Oct 10.

Golf = Franklin, 159 @ Canton, 157 – Final
– Canton senior Jack Goyetch earned match medalist honors for the fifth straight match, earning the honors after shooting a low round of 37. Chris Lavoie (39), Joey Vaughan (40) and Thomas Singleton (41) all placed for the Bulldogs. Franklin’s Bryan Woelfel and Jason Collins each shot 38 for the Panthers.


For the other results around the Hockomock League
https://hockomocksports.com/tuesdays-schedule-scoreboard-101017/

"No Shame is a rally to raise awareness about the opioid epidemic. We hope to offer support to those in the struggle, those who confront the epidemic on every level and to erase shadows cast by stereotypes and stigmas. We aim to lift the unfair burden of shame carried by so many. Please join us we stand as one and shed light on this issue that touches so many.

You can also search Facebook for#2069_signs for more information and to join the movement."

Food donations being accepted for the Franklin Food Pantry

In the News: incident at FHS handled quickly; seat belt law advocated for

An email was sent to parents of Franklin Schools by superintendent, Sara Ahern and Franklin High School principal, Paul Peri, outlining the incident.

According to the email, “A parent came into the office to share a text message she received from her child saying that he/she overheard another student talking about something occurring in the cafeteria at 12:15 and that students should get under their tables.”

Police swiftly identified the student in question and removed the individual from the building. Due to the fact the student was identified so quickly and a timely response from Franklin Police, the administration felt a lockdown was not necessary."


Continue reading the article online (subscription may be required)
http://www.milforddailynews.com/news/20171010/police-investigate-incident-at-franklin-high

The notification from Superintendent Sara Ahern can be found here
http://www.franklinmatters.org/2017/10/important-message-from-superintendent.html 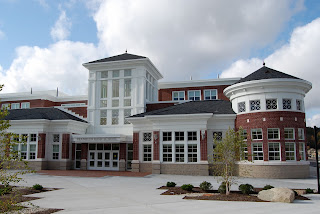 "Police officers and transportation safety experts called on lawmakers to finally throw their support behind a long-stalled bill that would allow police officers to stop drivers for not wearing a seat belt, but the Legislature appears to be proceeding with caution amid concerns about profiling.

“As we all know, wearing a seat belt is the single best defense against injuries and deaths in a car crash,” Dr. Bella Dinh-Zarr, a public health expert on the National Transportation Safety Board, said. “We know seat belts are a lifesaving technology, we know a primary seat belt law will increase seat belt use, and increased seat belt use will save lives and prevent injuries.”

For years, plans to stiffen penalties under the state’s seat belt law have buckled in the face of racial profiling and privacy considerations. Under the current law, police officers in Massachusetts can only issue a ticket for a violation of the seat belt law if they pull the driver over for another offense."

Continue reading the article online (subscription may be required)
http://www.milforddailynews.com/news/20171010/roy-pushes-for-seat-belt-legislation